Charlie Jane Anders, Episode: 110: The Future of Pizza and Other Listener Questions:

“I guess my final thought is that we need to kind of let go of this idea of predicting, which is always a kind of anchor that’s hung around the neck of science fiction writers in particular and just be like, we’re telling stories about what’s happening now. We’re kind of thinking about how things could get worse or weirder or whatever. But we’re also kind of just coming up with metaphors or ways of thinking about the present that kind of put it at one remove so that we can actually look at it.”

ADAM ROBERTS: ‘SCIENCE FICTION ISN’T ABOUT ACCURATE PREDICTION, IT’S ABOUT THE ELOQUENCE AND WONDER OF OUR IDEAS, OUR IMAGININGS’.

“I often wonder what the next next big thing will be, and how far it will change our lives and our world. I’ll probably guess wrong: but that doesn’t matter. SF isn’t about accurate prediction, it’s about the eloquence and wonder of our ideas, our imaginings.”

“It is proposed in this book to present in as orderly an arrangement as the necessarily diffused nature of the subject admits, certain speculations about the trend of present forces, speculations which, taken all together, will build up an imperfect and very hypothetical, but sincerely intended forecast of the way things will probably go in this new century. Necessarily diffidence will be one of the graces of the performance. Hitherto such forecasts have been presented almost invariably in the form of fiction, and commonly the provocation of the satirical opportunity has been too much for the writer; the narrative form becomes more and more of a nuisance as the speculative inductions become sincerer, and here it will be abandoned altogether in favour of a texture of frank inquiries and arranged considerations.”

In oother words: He wants to predict the future, but (science) fiction isn’t the best way to do it.

“Fiction, even science fiction, is not about the future: I think everybody knows that.”

Interesting article. Why is it wrong to say science fiction gets its predictions wrong? Are they predictions? Some interesting quotes.

Science Fiction Is About Predicting the Future, Sep 21st, 2011 by Steve Davidson.

A very interesting article looks at the phenomenon of sf “getting its predictions wrong”. And why it keeps coming up.

…the business of sf is to imagine, not to predict – otherwise it would be written in the future tense rather than the past tense. 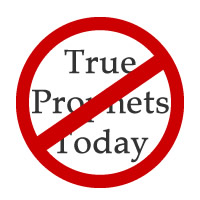 I have said elsewhere that science fiction and prophecy are two different things. Science fiction deals with what may be, not what will be. It is true that we can now afford to smile at those who once dismissed SF as ‘Buck Rogers stuff’, while our astronauts orbit the earth, our space probes photograph the moon, Mars, and Venus; while computers take over banking, commerce and industry, and electron microscopes unlock the secrets of the genetic code. But to value science fiction merely because of its predictive quality is as absurd as to reject it, as some unimaginative readers do, because it is ‘not true’. Science fiction stories allow us to enter worlds that exist nowhere else. We prize them for that, not for the irrelevant coincidence that may later make them seem prophetic. The War of the Worlds is no less a great story because the Martians have not landed; neither is Out of the Silent Planet diminished if there are no sorns.

(Click for full graphic of the opposite point of view.)

TM: Is it fair to call some science fiction writers prophets in a way?

ACC: Yes, but accidental prophets, because very few attempt to predict the future as they expect it will be. They may in some cases, and I’ve done this myself, write about — try to write about — futures as they hope they will be, but I don’t know of anyone that’s ever said this is the way the future will be.

TM: I guess the definition of a real prophet, right?

TM: So the success of science fiction writers is, because they predict everything that might happen, eventually —

ACC: Well, the success of a science fiction writer is if he can write a good read.

As I’ve written before, science fiction isn’t very good at predicting the future, but it’s great at predicting the present: tell us what futuristic phenomena you fear and hope for and we’ll know what fears about yourself and your relations with the people around you are lurking, possibly unacknowledged, in your psyche.